The agency 360º MC awarded at the IMCC European Awards with the “A Touch of Style” campaign.  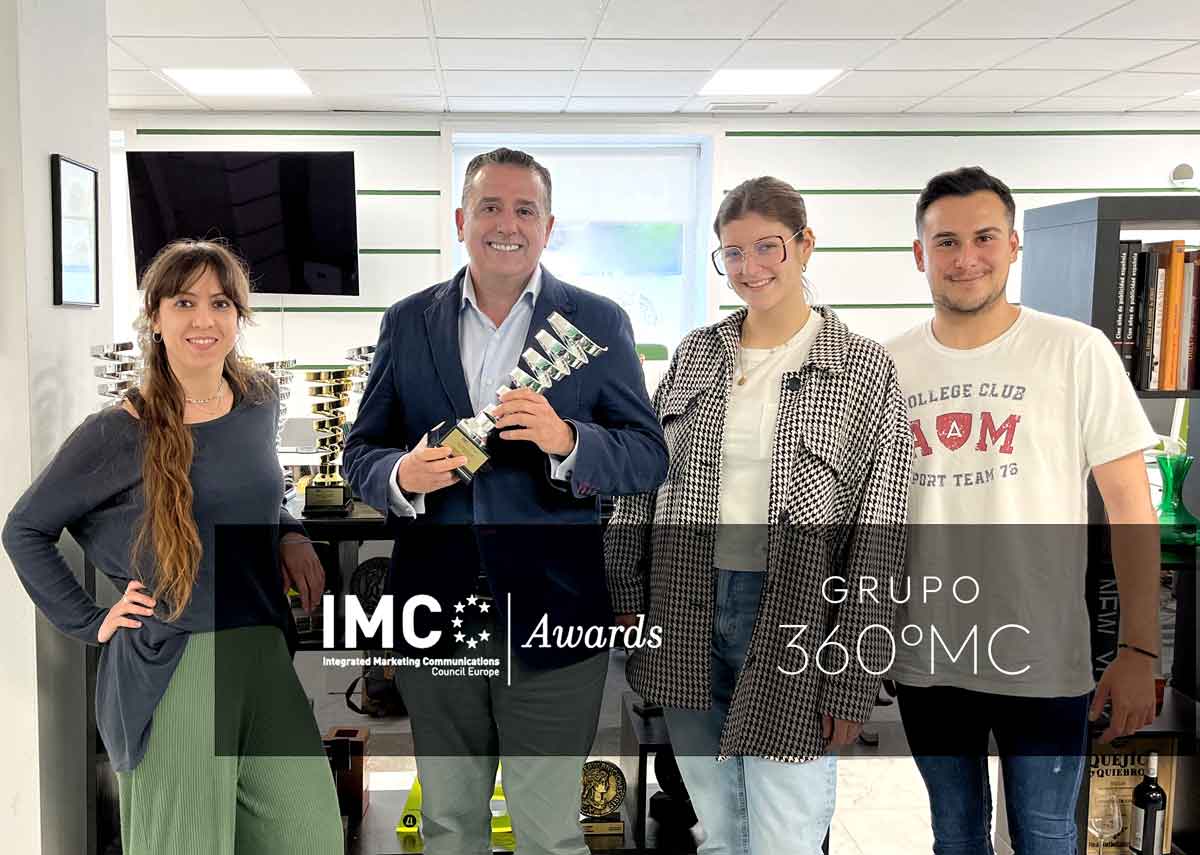 The agency 360º MC awarded at the IMCC European Awards with the “A Touch of Style” campaign. 

360º Marketing & Communications, the only Spanish agency to receive an award this year, obtains a silver in the B2B category at the European Marketing and Integrated Communication Awards 2021 IMCC Awards, for the “A Touch of Style” campaign created for the international Style group .

In order to participate in the IMCC European Awards, campaigns must have previously won national awards in their respective countries throughout Europe. “A Touch of Style” was awarded as the best International campaign at the 2020 Agrippina Awards.

In the words of Alvaro Alés, director of the 360º MC agency “These awards allow the work of Spanish agencies to be projected internationally and measure their health with respect to that of the rest of our European colleagues, it is a real privilege to have been awarded.”

The winning agencies were selected after two rounds of judging in a European competition of the best campaigns selected at the national level across Europe. The first-round selection was made by a jury panel made up of 40 leading industry professionals across Europe, with the second-round jury comprised of IMC Council member representatives.

Renate Vogt, IMC European Awards Chair, said: ’This year’s campaigns showed the strength, inventiveness and creativity of our industry to its full extend. Besides the very tough market conditions with endless lock-downs, budget cuts, complicated working conditions, agencies and clients together were able to develop sparkling and activating campaigns in all category’s our industry stands for. It was a pleasure to judge small budget campaigns with a high level of creativity, a minimum of budget and a maximum of result, very innovative campaigns leaving behind the traditional path by choosing a new and so far never seen approach, integrated campaigns which were consistently executed all the way to bring a product or service a life and customers in action.’

Alvaro Alés is also the Spanish representative on this IMC Council, which has taken advantage of the awards to announce its change of brand to EACA IMPACT Council, which will take place during the summer of 2022. The change of brand will also affect the current IMC awards and has The agency 360º itself was in charge of proposing the naming and branding of IMPACT.

We use cookies on our website to give you the most relevant experience by remembering your preferences and repeat visits. By clicking “Accept All”, you consent to the use of ALL the cookies. However, you may visit "Cookie Settings" to provide a controlled consent.
Cookie settingsAccept All
Manage consent

This website uses cookies to improve your experience while you navigate through the website. Out of these, the cookies that are categorized as necessary are stored on your browser as they are essential for the working of basic functionalities of the website. We also use third-party cookies that help us analyze and understand how you use this website. These cookies will be stored in your browser only with your consent. You also have the option to opt-out of these cookies. But opting out of some of these cookies may affect your browsing experience.
Necessary Always Enabled
Necessary cookies are absolutely essential for the website to function properly. This category only includes cookies that ensures basic functionalities and security features of the website. These cookies do not store any personal information.
Non-necessary
Any cookies that may not be particularly necessary for the website to function and is used specifically to collect user personal data via analytics, ads, other embedded contents are termed as non-necessary cookies. It is mandatory to procure user consent prior to running these cookies on your website.
SAVE & ACCEPT